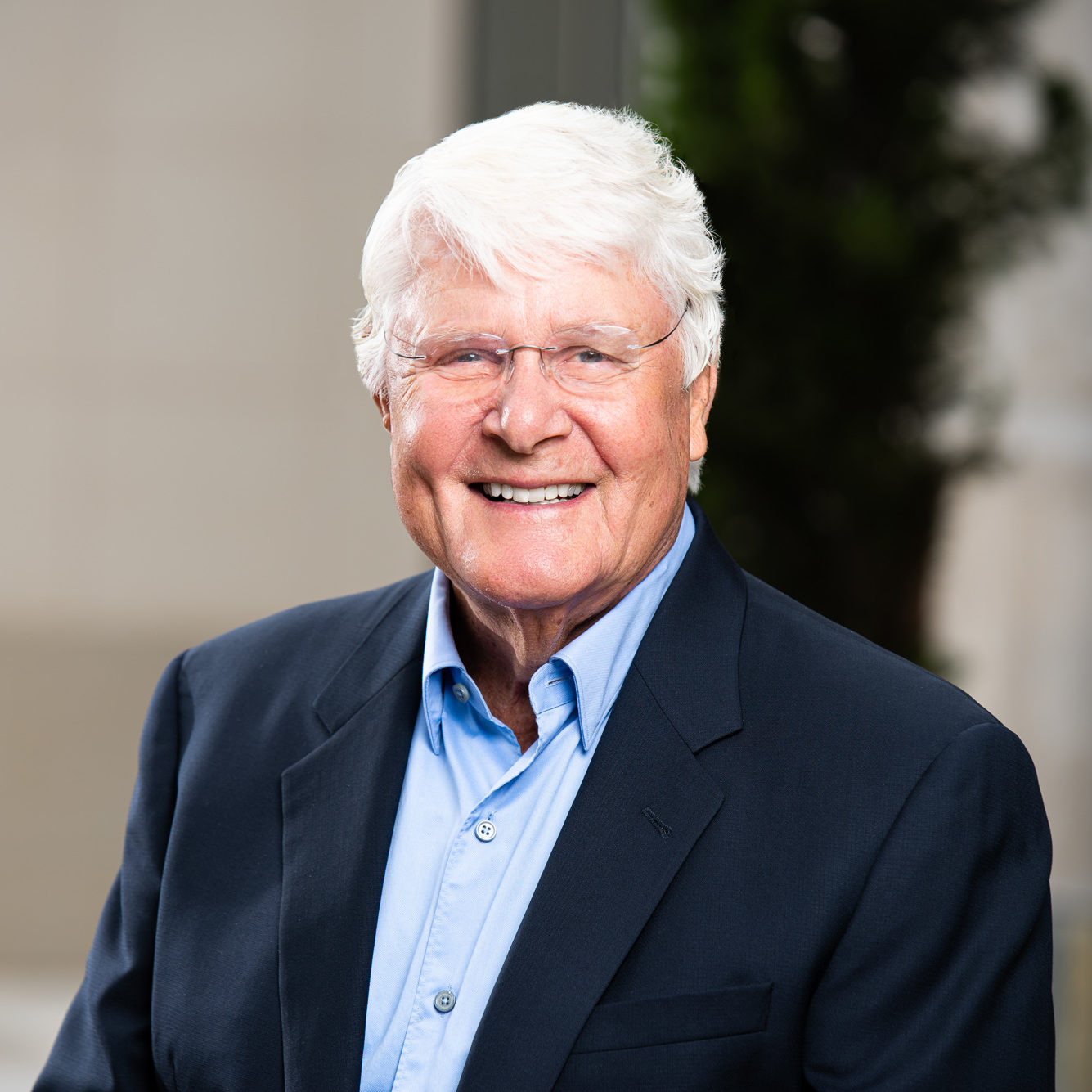 Upon release from the Navy, Doug started his real estate career at Coldwell Banker & Company as a commissioned salesman. Specializing in residential income, commercial and investment properties, his sales performance ranked among the top 5 percent of all Coldwell Banker sales professionals.

More than 40 years later, Doug’s leadership, paired with his son David’s experience, helped establish the firm as a leader in the industry, developing over 6,300 multi-family and single-family residential units and more than 13,000,000 sq. ft. of commercial, industrial, and retail space.

As an avid sports enthusiast and athlete, Doug is often credited with being among the first developers to build fitness centers and sports facilities into planned residential communities.

He attended the University of Arizona on a football scholarship and graduated with a Bachelor of Science in Business. While in school, he was enrolled in the Naval Reserve Officer candidate program and obtained a commission after graduation.  Doug served for 3.5 years with the Underwater Demolition Team, which later became known as Seal Team 5.

Doug has and continues to serve on the Board of Directors of prominent business and community institutions, including the San Dieguito Boys & Girls Club. In honor of his many years of support, the organization named one of its two Carmel Valley facilities “the Allred Branch.” In addition to generously supporting San Diego’s youth, Doug is committed to supporting military families through organizations such as the Naval Special Warfare Family Foundation. He proudly supported the Hubbs-SeaWorld Research Institute, the San Diego Hall of Champions, as well as the Torrey Pines High School and Rancho Santa Fe Youth Booster Clubs.