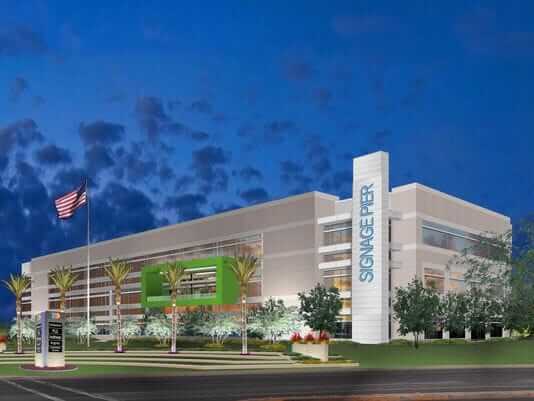 The San Diego-based developer will submit plans for the next phase of Park Place — a sprawling complex along Price Road between Loop 202 and Germann Road — to city officials this week. Allred will ask for special zoning on part of the property to give greater flexibility in attracting new tenants.

Park Place will eventually cover 185 acres in south Chandler with a mix of office buildings, hotels and a small amount of retail space. Six buildings are already complete and fully leased to companies like Infusionsoft and Healthways. A seventh building is scheduled to open next month.

Infusionsoft, a software company that started in Gilbert, moved its headquarters to Chandler’s Park Place in 2012, starting with about 40,000 square feet of space and expanding to 260,000 square feet, developer David Allred said.

Developing the business park on speculation, without prior commitments from tenants, has helped Allred lure fast-growing companies like Infusionsoft that need space quickly.

“Corporate America, they need the buildings yesterday — they don’t have time to wait for build-to-suit,” Allred said. “So we’re able to get ahead of it.”

Allred plans to begin construction next on a three-story, 120,000-square-foot office building in the center of the complex on Price Road. Then, the developer will set its sights on a major expansion to the south, where it could develop nearly 1 million square feet of office, hotel and conference center space.

The Chandler City Council last year approved plans for a Marriott-brand hotel and conference center near Price and Willis roads in Park Place, and construction could begin later this year or in early 2016. The hotel will have 264 rooms, and the conference center will hold up to 1,000 guests.

Allred’s property is unique because just one owner holds the land straddling Price Road, presenting an opportunity to create a two-sided campus feeling for drivers entering the corridor from Loop 101 and Loop 202 to the north.

The land was a dairy farm when I acquired it, with stinky cows and flies,” Allred said. “We’re taking it from a dairy farm to an innovation zone.”

Allred is in fact seeking a formal “innovation zone” status from the city in its application this week. That designation would allow it to be more creative in bringing smaller new businesses to the Price Road Corridor, which Chandler initially envisioned as a campus-type environment for large-scale employers like Motorola and Intel.City zoning rules for the area require new development to be at least 15 acres — enough space for a 150,000-square-foot office building — and have a single tenant. The innovation zone allows developers to circumvent those rules, as long as the development is campus-oriented with a mix of knowledge-based industries such as biomedical, aerospace and renewable energy.

Innovation zone rules have given new life to the former Motorola campus just south of Park Place, which the company vacated in 2008. The property has since been rebranded as the Continuum business park, now home to companies like Nationstar Mortgage and OnTrac Shipping.

Allred hopes to do something similar at Park Place, where a workforce of roughly 3,000 employees could grow to between 10,000 and 15,000 workers.

“These are higher-paying jobs,” Allred said. “The tenants we’re attracting are in the tech field, software, medical services, biotech.”

Allred’s zoning request will ultimately go before the City Council for consideration, and land-use attorney Stephen Earl said that process could take as long as six months. If plans are approved, construction could begin shortly thereafter.

On the northern end of Park Place, the company is holding several acres in reserve for future development, including buildings up to 10 stories tall. Construction is expected to begin in October on a Drury hotel near Price Road and Loop 202, and construction is wrapping up now on retail buildings in the same area.

Nearly one-third of the 32,000 jobs in the area are in high-tech manufacturing and development, and about 17 percent of employees work in engineering, research and design, according to Maricopa Association of Governments data.