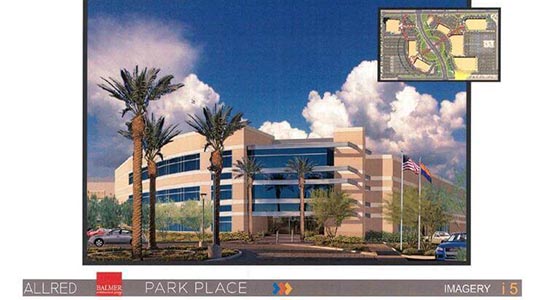 Allred’s Park Place II will be located on both sides of Price Road at Willis Road and Loop 202. The office park is going on land that was previously a dairy farm and was previously zoned for farming.

Allred has already built Park Place I in Chandler. That is home to Infusionsoft and Healthways.

“We are ecstatic to have the support of the Chandler City Council as we continue to grow Chandler’s technology corridor,” said Allred CEO David Allred. “The unanimous support that we received demonstrates the council’s belief that Park Place II will help Chandler stay a premier jobs center as it competes more directly with Tempe, Scottsdale, and Phoenix for the jobs of the future.”

Construction will create more than 2,000 jobs and Park Place II is expected to house another 9,700 workers.